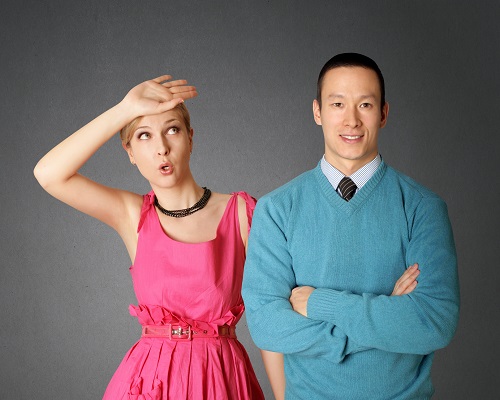 Psychologists know stereotypes are one of the most pervasive aspects of human thinking. We expect people to act according to how they look.

How we look determines how people act toward us. Stereotypes make a complex world simpler, even if they cause us to miss critical individual differences. They give us cues for how we are to behave around people in our environment.

In their book, The Media Equation, authors Reeves and Nass say, “There are debates about the extent to which stereotypes are culturally or biologically determined, but there is no debate that they are power and pervasive in every society”.

Reeves and Nass assert that, “A tendency to simplify may have had some value as humans evolved, and the tendency may therefore have some basis in biology as well as culture. In human-computer interaction, however, none of the stereotypes have any basis, but they are still applied”.

The participants in the study perceived the masculine-sounding face as having significantly more drive, willpower, reasoning skills, persuasive ability, and learning capability than the feminine-sounding woman.

There is an educational reason to be conscious of stereotypes our students carry with them. The most important reason is that gender stereotypes, “activate radically different ways of thinking about what is presented”

When our courses present information in ways that “vary from established norms, the content can be confusing. It’s easier to process what is expected than what is new or counter-stereotypical” We do not like to face this basic truth of our common humanity, but it exists nonetheless.

The important thing for us as educators creating digital courses is to be aware of stereotypes and to manage them intentionally. We may choose to reinforce or challenge stereotypes throughout the design of our courses.

The educational argument for creating courses which adapt to gender stereotypes is that it reduces cognitive load on the students and keeps available the necessary energy to focus on the content, instead of processing the counter-stereotypes.

The desired result of more complex thinking patterns may very well be worth the effort.