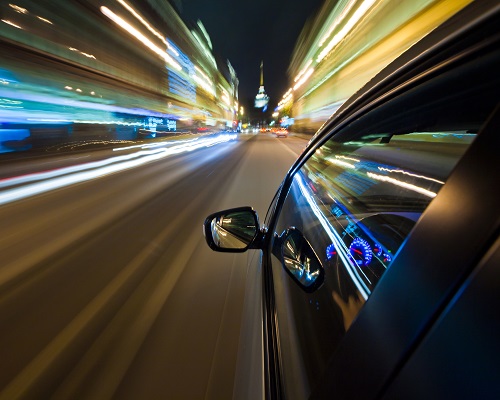 Robert Biggs was hiking in California, when he observed a mother bear with her cub. As he watched, a mountain lion jumped on him. Biggs fought back and the cougar screamed but did not let go.

The mother bear showed up and attacked the cat. The two animals fought for a short time and then ran away in opposite directions. The stunned Biggs continued his hike in the woods with bruises and scratches on his arm.

Mountain lions seldom attack us during our daily commute to work, but the occasional deer or squirrel does dart from a side of the road. When we see the jumping deer in the corner of our eye, our blood pressure skyrockets and we act instinctively to protect ourselves.

Motion alerts us to pay attention. In the words of Byron Reeves and Clifford Nass, “Objects that move toward us or loom in front of our faces will get the most attention – and quickly. When people are exposed to motion, particularly motion that is a visual surprise, they focus on the source of the motion and stop all other unnecessary activities.

Motion grabs our attention and engages our mind. But motion does not need to be three dimensional to affect us. The research of Reeves and Nass proves that we respond to motion on a computer screen in exactly the same way we respond to actual motion in the real world.

This insight has significance to learning. Educators can harness the power of well-timed motion to draw our students’ attention to key points of our lessons, which they will remember for long periods of time.

Motion that is most threatening and therefore most engaging is that which comes directly toward us or which enters from the edges of our peripheral vision. Reeves and Nass explain that, “the evolutionary significance of this is easy to see. Motion that we aren’t directly looking at (motion to our sides) is potentially more harmful than motion we stare at”.

To engage our students, we can introduce information from the edges of the screen. We may also attract them with an object in the middle of the screen that appears small and then gets bigger to simulate motion toward the student.

Like many things in life, too much of a good thing is a bad thing. When motion is overwhelming, thinking shuts down. We must use motion with great intention. Motion can be used to focus our mind on certain information, but too much motion causes us to tune out and miss the message.

My first experience with a Prezi® presentation is a good example of this. What I thought at first was a really cool new way to give presentation, quickly made me dizzy. Within a minute of viewing the material, I shut my eyes to regain my equilibrium.

As we use Prezi® and other excellent presentation tools, may we keep in mind that motion can focus our mind on important information, while too much motion makes the viewer sea sick. What is required for optimum learning is to following motion with calm.

Reeves and Nass state that, “If there is no rest afforded by the stimulus, it will be initiated by the viewer. The cadence of motion and rest is a critical part of a successful presentation […] alternated segments of motion with segments that had no motion.

This allowed for periods of rest, and it made the pictures more stimulating because there were more times when motion began […] Several studies in psychology show that learning improves when there are visual rests.

For example, students learn more when there are large windows in a classroom because they can take visual beaks. Memory is enhanced when people have a chance to stop and think about information instead of being forced to continually orient to new stimuli […] If the message becomes too complicated, people tune out

So, while motion can be our friend, too much action can work against our goal to engage the attention and improve the memory of our students. We should time motion wisely. The information we want a student to learn should be placed one minute after the introduction of the motion, which should enter from the side of the screen or move toward the student from the center of the screen.